I’ve talked before about my process, and it seems to continually change. That’s the most important part of my work. It changes. Just like me, my mind, my thoughts, the way I speak, the way I approach and interact with people and myself – it changes.

I am focusing more and more on reference photos, and using my sketchbook to explore and play.

I wanted to do some studies around my son, Kingsley. I felt that his strong, strange personality would be the perfect type of energy to try and capture in some basic pencil sketches, so I have been following him around for a week, sketching his gestures in very quick, messy sketches (live) and taking a zillion pictures of him.

I knew that I wanted to stylize him, too. I wanted to apply a picture book character “look” that might fit in with the approach I have been honing over the past year. I decided to start by actually drawing him from this photo, in a realistic way:

I drew him as close to this as I could in a short time frame (I gave myself about 10 minutes, and my focus was on pulling out major characteristics in his looks). Then, I played around with a character version of him. I moved the eyes around a lot, and replaced them about seven times with various approaches. I went back in my sketchbook to refer to some other sketches I had done a week ago that used an eye style I liked.

The results of the primary study: 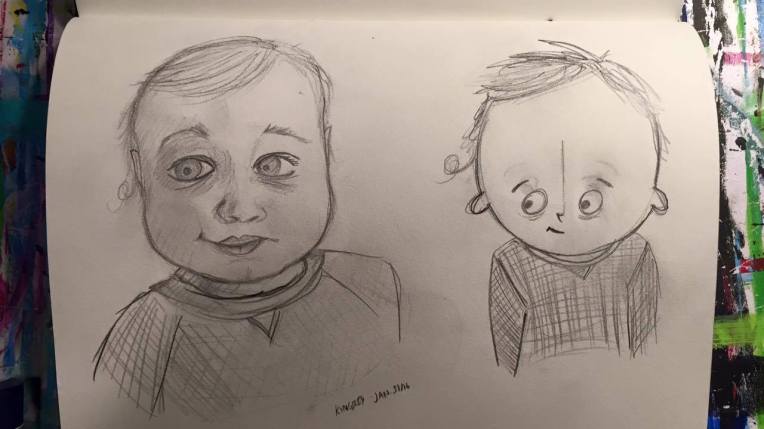 Then, I sketched a number of poses. I used photographs in order to get the gestures correct, and played with eye shape, sizing, space and location, as well as line work in the mouth, nose and eyebrows in order to specify his expressions. I am so pleased with the general full layout that I put together. It was so much fun to create in this way, and using references, and filtering his general features through a realistic drawing first, really helped. 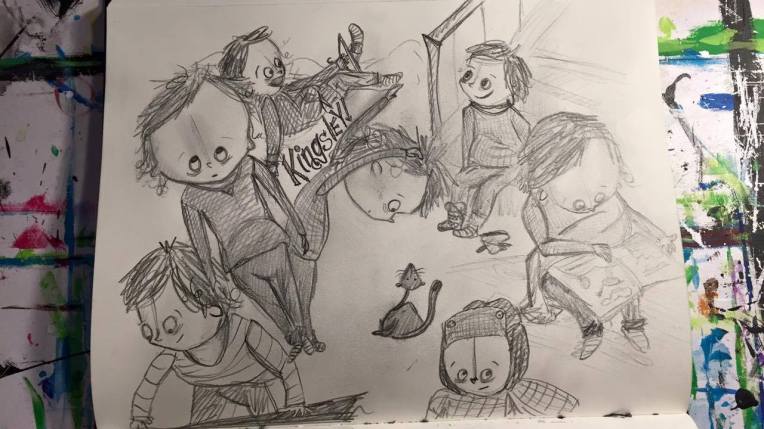 If you are a teacher, or if you have a creative kid, then try having them do something like this, too. Take some photos, and give them just enough time to sketch them down quickly before moving on. The “just enough time” for me tended to be the length of time that was provided before my iPhone went dark, though truth be told there were certain cases where I needed to zoom and move around the screen, so really, it was likely much longer than the minute or two provided by the phone. 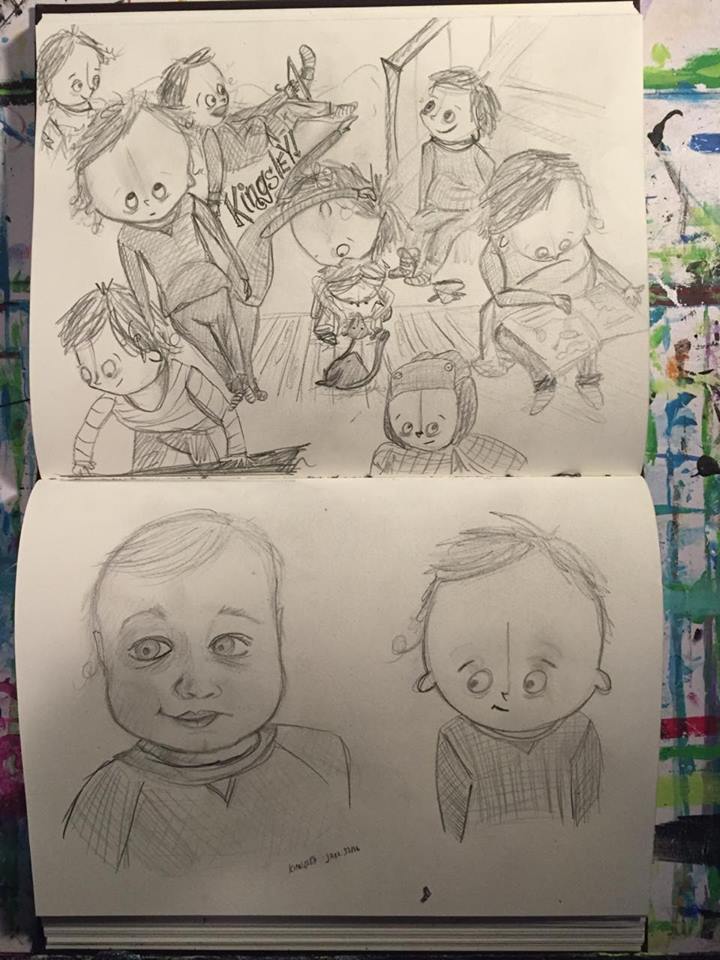 One thought on “Some Process Work”

Looking for something specific?